So there’s a quotation I’ve been thinking about all summer:

At the end of his life, Jesus declared his disciples his friends, meaning they shared with him a common passion for his mission in the world (John 15:13-15). Covenanters, as Mission Friends, have broadly understood mission to be the befriending of others, and all that God has created, in the name of the one who first befriended us.

It’s from a booklet elaborating on the six affirmations of my denomination, the Evangelical Covenant Church. Covenant Affirmations was first published in 1976 by a committee chaired by my late friend Jim Hawkinson, then revised ten years ago.

What does it mean that mission can be understood “to be the befriending of others”? I’m instinctively drawn to this idea, but haven’t yet worked out entirely why it feels so right.

But thinking about it in light of the potential split emerging within the Council for Christian Colleges & Universities leads me to one tentative conclusion: If Christian colleges understood mission to involve the befriending of others, couldn’t that lead them to deeper unity?

Let’s start with the history of my denomination.

For better and worse, my instinctive aversion to breaking Christian communion betrays the depths of my roots in the Covenant Church. (And my still deeper roots in German Pietism, which likewise took a dim view of “needless controversies.”) Looking back over some documents from the Covenant’s founding meeting in 1885, I’m struck that the biblical text discussed more often than any other is the same one I quoted in my first response to Union University’s withdrawal from the CCCU: Jesus’s prayer for unity in John 17. On the basis of that text, one participant at the meeting “wanted union not only in word and tongue, but in deed and truth; we need a better knowledge of each other.” Delegates from Kansas considered it “wrong and harmful if anyone so insists upon his interpretations that conflict follows, with the tearing of the bonds of love between God’s children.”

In that spirit, the Covenant is unlike most other broadly evangelical denominations in that it has never adopted a lengthy doctrinal statement, instead contenting itself with six broad affirmations — the last of which is that, “With a modesty born of confidence in God, Covenanters have offered to one another theological and personal freedom where the biblical and historical record seems to allow for a variety of interpretations of the will and purposes of God,” knowing full well “that freedom is a gift and the last of all gifts to mature.” 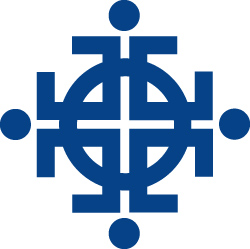 So the Covenant Church is held together not by a complicated web of doctrinal boundaries, but by simple, shared commitments. To the person of Jesus Christ, known through the experience of conversion; and to the authority of Scripture, “the word of God and the only perfect rule for faith, doctrine, and conduct.”

But also to the mission that gave our congregations their reason for being. Indeed, the denomination was originally the “Mission Covenant,” formed by “Mission Friends” who partnered together to send missionaries around the world and to support ministries of compassion and education, as “companions of all them that fear thee” (said the text for the founding sermon in 1885).

(Practical as well as biblical theology explains the Covenant commitment to mission-friendship. The early Mission Friends were relatively poor Swedish immigrants who pooled their resources: not only for mutual aid as strangers in a strange land, but — to their immense credit — for the purposes of spreading the Gospel and extending God’s love far beyond their own communities.)

To this day, Covenanters believe that what we call the “whole mission of the church” (that is, “…evangelism and Christian formation, as well as the benevolent ministries of compassion and justice in the face of suffering and oppression”) can only be done together: as individuals within a congregation, as congregations with conferences and a denomination, and through local, national, and global partnerships with other organizations.

Revisiting this history made me think that I ought to argue even more strongly for unity among Christian colleges than I have. Disunity over non-essentials not only threatens the witness of the church (“…that they may become completely one, so that the world may know that you have sent me and have loved them even as you have loved me” – Jn 17:23) but the friendship — initiated by Christ and still centered on him — that makes possible the mission of the church.

Alas, “friendship” doesn’t easily to come to mind as a descriptor for Christian college relationships. Even when such institutions don’t view each other as heretics, they do treat each other as competitors: economic threats, if not theological ones.

Something like the CCCU could be a hedge against those tendencies. But, as much as I stand with it, I’m not sure the CCCU — even before the recent controversy — was living up to its potential as an organization that could foster conversation and collaboration among Christian educators of diverse beliefs, one that could draw upon pooled resources to provide opportunities for students, alumni, faculty, staff, and administrators that no individual institution could offer. (I suspect the resources being pooled aren’t what they once were.) I’d still want to avoid needless splits, but I’m not energized by the possibility of protecting a unity that brings together competitors for alliances of convenience.

So here’s my challenge… While I would lament any sundering of friendship with the Unions and Oklahoma Wesleyans of the Christian college world, I would also wonder if whatever is left of the CCCU would then have a chance to seek a deeper kind of unity. Perhaps this is a chance to reaffirm that if we share a common commitment to Jesus Christ, then we also share a mission that starts with the befriending of others.

What if Christian colleges put first things first and covenanted together around Christ our Center, who calls us friends and entrusts us jointly — despite our differences — with his mission in this world?

8 thoughts on “Mission as Friendship: A Call to Deeper Unity for Christian Colleges”