• Why Christian colleges ought to be engaged in interfaith dialogue.

• A report on my visit to Messiah College.

• More praise for Becoming Grace, the institutional history that Jared helped to edit.

• In the wake of the week’s events in Baltimore, Gracy Olmstead and Conor Friedersdorf called on fellow conservative to take police brutality more seriously.

• If the Supreme Court grounds a same-sex marriage ruling in an expansive, abstract “right to dignity,” Jeffrey Rosen warns that progressives may come to lament the decision…

• Why Ben Affleck’s attempts to conceal a slaveholding ancestor were very human — and very wrong.

• I don’t have any kind of announcement to make, but I can certainly understand the reasons why Amy Julia Becker decided to stop blogging.

• What is love (of enemy, neighbor)? Scot McKnight defines love in terms of commitment, presence, advocacy, and direction. 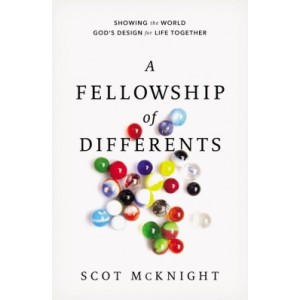 • Ben Witherington interviewed Scot about his new book on the church, A Fellowship of Differents.

• “Our generation wants to make a big impact,” writes Paul Angone of Millennials, “and that’s an amazing vision to have. Yet, why do we think we’re going to bypass the years of training, refining, loneliness, brokenness, and failure it’s going to take to make it happen?”

• Are American evangelicals embarrassed by the supernatural? If so, Roger Olson suspects that such avoidance is rooted in “wanting our religion to be respectable….”

• Thomas Kidd is spot on in his explanation of why the Southern Baptist Convention did well to cancel an appearance by likely Republican presidential candidate Ben Carson at their Pastors’ Conference: “If politics creeps toward the center of the evangelical mission, then the gospel of salvation through the grace of Christ alone can become corrupted by politicization (usually Republicanization, at least for the SBC). Baptists can seem more concerned with preserving nominal Christian culture and aligning with politicians who affirm that culture, rather than proclaiming with laser focus that each person is lost without Christ, and that, as Jesus taught in the Gospel of John, they must be born again.”