• The newest issue of Fides et Historia included my article calling for more of an international or transnational turn in evangelical historiography — an article that I needed to update a bit.

• Jared reported from the Cushwa Seminar at Notre Dame: on Grant Wacker’s biography of Billy Graham.

• Ever wondered what Soviet journalists thought of baseball during the Cold War? Wonder no longer!

• If you think I’m at all on the right track with my “transnational turn” article, then be sure to read a much more compelling paper on the implications of global Christianity for scholarship and higher education from the great Joel Carpenter.

• Geneva College seems to be in crisis…

• Then at a Christian college on the other side of the country… The controversy at Northwest Nazarene University continued: its faculty voted no confidence in the president who fired a leading theologian by e-mail.

• John Hawthorne’s response wrestled with protecting (academic) freedom in (academic) community: “We can manage a tremendous amount of ambiguity and uncertainty in Christian higher education if we keep love and community at the center of what we do. If we act in ways that cause faculty to be the center of attention, that minimize others in the process, or that accentuate power imbalances, we wind up in much darker places.”

• Then debating freedom in a different context… Doonesbury creator Garry Trudeau thought the murdered cartoonists of Charlie Hebdo were “free speech absolutists” for whom freedom became “fanaticism” in service of “attacking a powerless, disenfranchised minority.” David Frum was horrified.

• Back to higher ed… Can the liberal arts be “religiously neutral“?

• In my experience, “impostor syndrome” extends to junior (and perhaps even senior) faculty as much as grad students. 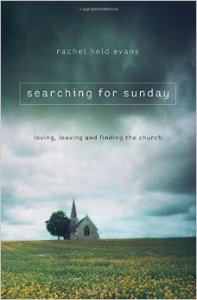 • Christianity Today‘s Katelyn Beaty bid fare well (as in “a wish of happiness and welfare at parting”) to Rachel Held Evans in an article exploring the popular author’s journey from evangelical to mainline Protestantism.

• Ben Witherington found Evans’ new book (on returning to church) to be both “a big help” and “taxing, burdened down with a false sense of righteous outrage about an issue Rachel should have given more thought and prayer to before choosing to start firing away against the Evangelical womb from which she has emerged.” (While I think Witherington is right to argue that there is a “major difference between unconditional love and unconditional acceptance of us as we are,” I tend to agree with a commenter that his tone ends up coming off as condescending.)

• Obviously, that argument is about the continuing debate on human sexuality… Another perspective on that issue came from Canadian theologian John Stackhouse, who thinks that evangelical embrace of “sexual diversity” has less to do with innovative exegesis (“No significant breakthroughs in historical or other hermeneutical dimensions of Bible study are being adduced as throwing the Scriptural landscape into significantly different relief”) than evangelical deference to charismatic pastors whose personal experience has led to shifting views.

• Last Saturday I linked to a couple of posts thoughtfully reflecting on the religious freedom controversy in Indiana… Here’s one more, from The Christian Century‘s Steve Thorngate, on empathy.

• Is emancipation being written out of the public commemoration of the Civil War’s 150th anniversary? 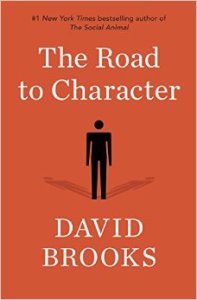 • Then head over to Inside Higher Ed for John Warner’s critique of Brooks.

• Just when did World War II begin and end? The answer’s not as obvious as you might think, according to Richard Overy.

• Barack Obama, Selma, and the past imperfect tense.

• Despite its being about a TV show whose viewership and (arguably) influence is much smaller than is often imagined, Wesley Morris’ Grantland piece on Trevor Noah succeeding John Stewart at the helm of The Daily Show seems like a pretty significant reflection on race, media, politics, comedy, and other things.

• Speaking of overstated influence… On academic writing, uncitedness, and the need to reach general audiences.

• Just so long as we don’t imitate TED talks…

• And everyone can relax: the great Minnesota umlaut war is over!