“This brand of Calvinists are a force with which to reckon,” writes Jonathan Merritt of the so-called “young, restless, and Reformed” (or “neo-Calvinists”) and their elder mentors. “But,” he continues: 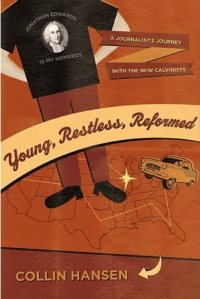 as with any movement, America’s Calvinist revival is a mixed bag. None can deny that many have come to faith as a result of these churches and leaders. The movement is rigorously theological, which is surely one of its greatest contributions. Just as Quakers teach us much about silence, Mennonites teach us much about peace, and Anglicans teach us much about liturgy, so Calvinists spur us on with their intellectual rigor.

And yet, from where I sit, there are several troubling trends that must be addressed if this faithful faction hopes to move from a niche Christian cadre to a sustainable and more mainstream movement.

Merritt goes on to identify three such trends:

Isolationism: “My Reformed friends consume Calvinist blogs and Calvinist books, attend Calvinist conferences, and join Calvinist churches with Calvinist preachers. They rarely learn from or engage with those outside their tradition. (My feeling is that this trend is less prevalent among leaders than the average followers.)”

Tribalism: “…the kinship tendency within a group to protect insiders while combating outsiders…. To be sure, neo-calvinists don’t shy away from controversy and aren’t reticent to critique those outside of the movement. (One might refer to some Calvinist’s blistering responses to Donald Miller’s announcement that he doesn’t attend church.) Yet these same leaders are often resistant, delayed, and then tempered with their critiques of other Calvinists who seem to stray.”

Egotism: “This one may sound like ad hominem at first blush, but I mean it more as an observation of the movement’s predominant tone…. As the ego inflates, the body rises and one begins to speak from above rather than from across. This is often seen in the way neo-Calvinists speak as if they are the arbiters of the term ‘gospel.'”

Now, at one level this piece exemplifies why I try not to write 2000-word cultural critiques. Merritt is engaging is sweeping generalizations that are easily countered. Some my best students at Bethel, for example, have attended John Piper’s (former) church in Minneapolis; they read Desiring God and Gospel Coalition posts and quote Puritan preachers on their Facebook pages. They’re also anything but isolationist: they’re as widely read and “intellectually gregarious” as Greg Thornbury (quoted by Merritt) would like his King’s College students to be. They’re comfortable with complexity and nuance, are more self-aware than I was at their age, and get along with a diverse group of peers and professors. And they love God and their neighbors as much as any Pietist or Wesleyan or Mennonite or Lutheran or Pentecostal or…

And one of the most brilliant pastors I’ve known was a central figure in Colin Hansen’s Young, Restless, Reformed. While Josh is a Jonathan Edwards scholar who can preach forty minutes on predestination at the drop of a hat and would never agree with me on women’s roles in the church or the place of art within worship, he’s also humble, generous, and committed to reaching out beyond any narrowly defined “tribe.”

But easy as it is to rattle off exceptions, I’m not sure Merritt is wrong in discerning some disturbing patterns. I’ve certainly perceived each of his three trends (particularly the last) in my own interactions with YRR writers — and even some students. And it’s not hard to find neo-Calvinists who would echo at least some of his critique. (See, for example, Derek Rishmawy, who a few months ago wrote a Gospel Coalition post on “Sneering Calvinists.” Plus the three mentioned in his piece: Carl Trueman, Tullian Tchividjian, and Tim Keller.)

What brings all that into relief for me is that I’ve grown to appreciate older forms of Calvinism: e.g., the folks in RCA and CRC congregations that the Young, Restless types sometimes deride as “the frozen chosen.” These non-neo-Calvinists not only have a commitment to the “life of the mind,” but a keen sense of calling and a hopeful approach to cultural engagement. (When they talk about grace, it’s as likely to be the “common” variety as any set of “doctrines.”) And however “tribal” some Reformed ethnic enclaves may be, isolationism does not describe a tradition that has long been as catholic as any of the successors to the Reformation. 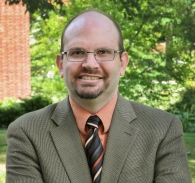 One of my Dutch colleagues once suggested that members of our church history teaching team read Reformed theologian J. Todd Billings‘ 2009 Christian Century article on “Calvin’s Comeback?” (You can read the full article at Billings’ personal website.) Five hundred years after that reformer’s birth, Billings observed the growth of the “New Calvinism” and its obstinate emphasis on a certain set of five doctrines with a skeptical eye:

In place of this approach, he appeals to an older variant of Calvinism — one that “avoids acting as if the Spirit abandoned the church between the first and the 20th centuries” but draws on the riches of patristic and medieval theology; one that places the doctrine of election in a “sacramental context”; one that

provides an alternative both to cultural triumphalism and cultural disengagement. Living ever deeper in their God-given identity in Christ, Christians are to act as agents of cultural transformation without collapsing their calling into uncritical advocacy of a particular cultural-political movement.

For another take on Calvinism, see also writer Marilynne Robinson’s recent interview with religion reporter Sarah Pulliam Bailey. She observes that “Calvin has a strange reputation that is based very solidly on the fact that nobody reads him. I found that he’s a beautiful theologian. I was, and continue to be, struck by the power of the metaphysics and the visionary quality of his theology, which no one seems to have any awareness of.”

And she reminds us that Calvin was a Christian humanist: “He says we have completely fallen away from the glory of God, and look what we are, and then he describes this glorious creature…. He was ready to grant the dark side of reality, and completely lyrical about what is splendid about it, including the stars and including human consciousness, human presence, most profoundly.”

One thought on “Calvinisms, New and Old”