• Jared had a great conversation with Warren Throckmorton about David Barton and the role of scholars within evangelicalism.

• Can’t wait for our new book on Pietism and Christian higher education to come out? Enjoy it in word cloud form!

• If younger Americans are becoming less religious, does that mean that they’re going to have lower civic engagement?

• What can you do with a History major? Become a business executive, for one.

John Fea had so much good stuff this week at The Way of Improvement Leads Home that this week he gets a category all to himself.

• All of my fellow liberal arts college history department chairs ought to read John’s vision for “A New Kind of History Department” — one in which traditional skills like research and writing are paired with the ability to do digital, oral, and local history, among other things.

• Recent goings-on at Cedarville University had John wondering if that historically fundamentalist school had decided to stop “moving closer to the evangelical mainstream.” But in a follow-up post, he echoed our mutual friend Kurt Peterson in asking if “Perhaps the evangelical mainstream today is best represented by Cedarville or Liberty University or Bob Jones or Moody Bible Institute,” rather than schools like John’s and mine.

• I love when John saves me some time by writing a post that expresses exactly what was on my mind: “I don’t want to be too dramatic here, but I am starting to think that we may be at a turning point in American higher education as it relates to the humanities and the liberal arts more broadly…. When a college’s livelihood relies so heavily on getting students in the seats, admissions offices and administrators may not care about the ratio of history majors to sports management majors.” 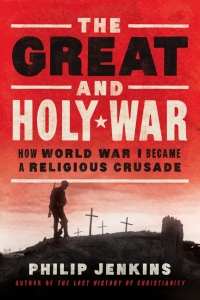 • Perhaps to the dismay of some of his progressive fans, Pope Francis broke his relative silence on the subject of abortion, telling bishops from southern Africa that it “compounds the grief of many women who now carry with them deep physical and spiritual wounds after succumbing to the pressures of a secular culture which devalues God’s gift of sexuality and the right to life of the unborn.”

• As a non-Calvinist evangelical, I can’t think of many quests more quixotic than trying to convince Christian Century readers that TULIP is a salvageable set of doctrines, but Carol Howard Merritt tilted at that windmill. Best is her reflection on total depravity: “…over time, I’ve found that it’s helpful for progressives to resist getting trapped in those utopian ideals, where we imagine that everyone has perfect motivations and intentions. Or that WE can create some sort of church or movement that won’t be like former generations. We can’t.”

• And if you need evidence of human depravity… Check out Philip Jenkins’ new book on religion and World War I!

• Then to dive deeper into Christianity in one of that war’s major participants, see Mark Correll’s book on conservative German Protestants as diverse as Adolf Stoecker and Christopher Blumhardt.

• The pre-Billy Joel/Bon Jovi history of rock’n’roll in the Soviet Union is pretty fascinating.

• Terrific reflection by Miles Mullin on the challenge of maintaining humility as a Christian scholar in a hypercompetitive job market, with some practical advice on how to cultivate that virtue. 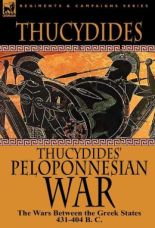 • As someone who regularly makes students read the Melian Dialogue, I appreciated Simon Critchley’s argument that Thucydides was no authoritarian but “a deep but disappointed democrat with a cleareyed view of democracy’s limitations.” But I’m not sure why I can’t learn from that historian’s realism and continue to cherish my favorite Pauline virtue…

• Two that reshaped higher ed (the Morrill Act of 1862 and the G.I. Bill) and ten other of the best federal government programs in history.

• “Are college campuses obsolete?” A report from a recent debate at the latest Ivy League institution to partner with a MOOC provider.

• In 1942 it was proposed that Stanford University “[eliminate] those university programs and departments that were insufficiently attractive to students and patrons or that were not contributing to making Stanford appear as a ‘pacemaker in education.’” History, for example. That road wasn’t taken — but L.D. Burnett wondered, “did the logic behind [Paul] Davis’s recommendations — cut the departments and programs that are ‘insufficiently attractive’ to (tuition-paying) students and ‘patrons’ (donors) — ever really go away?”