In my introduction to our forthcoming book, I emphasize our desire to cast a vision for Christian higher education that is “Pietist not just in content, but tone.” At least in the present draft, that means four things:

It may not make the final draft (more than usual, today I’m using blogging as a kind of thinking aloud), but there’s one other theme running through the book that could mark it as distinctively Pietist in tone: it’s rather eclectic.

Maybe this is simply what you’d expect of authors who work at liberal arts colleges, but it’s also redolent of the eclecticism that Douglas Shantz observes repeatedly in his Introduction to German Pietism. While Shantz acknowledges the continuities between the Pietists and Lutherans like their “Orthodox” opponents, he finds important breaks as well, as Pietists drew on an eclectic mix of sources for their beliefs and practices, including not just Martin Luther and Puritan preachers, but those further to the margins of post-Reformation Christianity, like Caspar Schwenkfeld, Paracelsus, Jakob Böhme, and other mystics and spiritualists.

I’m not entirely sure what to make of this for Pietists today. But at the very least, eclecticism may dovetail with some other pietistic impulses like ecumenism (in my introduction I quoted from C. O. Rosenius on this — see an earlier post on the “catholicity” of Pietism) and the practical bent they share with the Catholic reformer Erasmus, who advised readers never to refuse good advice, even from “a pagan.”

But more still with what one of my colleagues suggested at the workshop last summer that planted the seeds for our book: that Pietists approach theology with a kind of “playfulness.”

I do hint at this combination of eclecticism and playfulness in my conclusion, where I suggest that such attributes might make it even harder for Pietist colleges and universities than usual for such Christian institutions “to balance their commitments to academic freedom and orthodox witness.” But perhaps I’m too fearful, too prone to think of theology (and other disciplines) as a kind of boundary-policing. 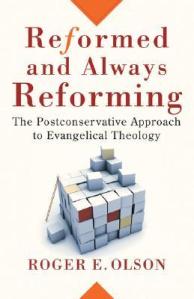 And if it’s true for the formal study of God, then it might also be true for those disciplines that study the work of God in this world, and for the practice of educating people who will love God and those made in his image.

Again, I’m doing little more than thinking aloud here, so I’d appreciate feedback… Are eclecticism and playfulness significant, distinctive enough attributes of Pietism that I should do more to emphasize them as I frame our book? (Are they as interconnected as I suspect?)

7 thoughts on “Pietism: Eclectic and Playful?”