After nearly three years of blogging, you’d think that I’d have exhausted my ability to reveal semi-embarrassing details of my life. But I’m not sure I’ve yet mentioned that, in the summers after 3rd and 4th grades, I spent a week at French camp.

It was called Lac du Bois. I lived in a cabin named Strasbourg and took the temporary name of Étienne. (Why not “Christophe,” you wonder? Listen, you just can’t start probing the logic of this. That path leads only to madness!) I took archery lessons, worked as a waiter in the camp café in order to save up money to buy La Vosgienne hard candy, and — during one ill-advised historical simulation — joined the rest of the sans-culottes in rising up against those of our campmates who had been selected to be aristocrats and eat unusually lavish lunches while we lived off baguettes and water. (I can’t recall if they mocked up a guillotine…)

At the end of each summer, I proudly presented a patch for my mom to sew on my beret.

And I spoke as much French as you could ask of an Anglophone elementary school student from the Twin Cities. In retrospect, I’m hugely glad that I had the chance to go to such a camp and, more so, to take the same second language from the ages of 8 to 17. My college German never really took root, but the French came right back to me when I got to grad school and decided to add a minor field in the history of France.

All this came flooding back to me the other day when I read a New York Times report about the growing popularity of French immersion schools in America’s largest city:

In the fugue of tongues on New York’s streets, French has never been a dominant voice. And as surging numbers of Asian and Latino immigrants continue to tip the balance of foreign languages toward Chinese and Spanish, the idea of learning French, to some, may seem kind of quaint, even anachronistic.

Yet in the city’s public school system, the French dual-language program, in which half the classes are in French and the other half in English, is booming. Eight public schools offer a French/English curriculum for about 1,000 students, making it the third-largest dual-language program, after Spanish and Chinese. And demand continues to grow, with two more schools scheduled to join this year and at least seven groups of parents in different areas of the city lobbying their schools to participate.

Not everyone is thrilled about this. John McWhorter devoted some New Republic bandwidth to pointing out that learning the lingua franca of the nineteenth century may not be so useful in the twenty-first:

One could be to seek languages for actual use rather than as a fashion statement—i.e. to be more like Europeans, where English has become the international language. One learns French to communicate with … who, exactly? Some will yearn to read Sartre and Molière; more power to them. But what about languages like Spanish and Chinese, which are useful to learn because we encounter them in everyday life? I have seen medical professionals just miss getting plum jobs in New York because a competitor happened to speak Spanish, and Chinese will be increasingly important in the business world. Arabic skills, meanwhile, are achingly needed on the geopolitical scene. It’s swell that knowing French allows you to ignore subtitles in the occasional art house film, but unclear why this would be considered a priority of childrearing.

Now, this is kind of silly on at least two accounts. First, the value of language immersion goes far beyond the acquisition of the language itself. From the French immersion school closest to us:

Immersion education is a proven means of stimulating learning that cuts across boundaries of language, socio-economic class, and ethnic groups. Students master grade-appropriate subject content, become fluent in the target language, develop English-language skills at or beyond standards set for English-only programs, and learn to understand and appreciate world cultures.

Second, while it’s not as widely used as Spanish or Chinese or as geopolitically significant as Arabic (or Russian or perhaps German), French is spoken by a mere 220 million people around the world, more than 60% of them living outside of Europe. (Perhaps McWhorter would rather his daughter not grow up with a desire to study or work in North, West, or Central Africa. Or Haiti.) In fact, because of demographic growth in francophone Africa, the percentage of the world’s population that speaks French is projected to rise from 3% now to 8% in 2050.

I should add: those statistics are courtesy of an office within the French Ministry of Foreign Affairs dedicated to “Promoting Francophony.” And that takes us back to the Times article, whose most important observation is less that French immersion schools are growing (double-check the number of schools and students cited above) than the French public-private partnership energizing said growth. 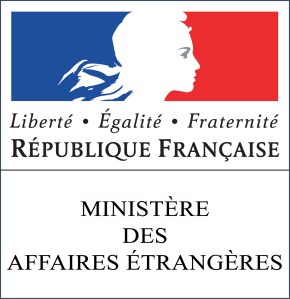 Why has the French government spent hundreds of thousands of dollars on this program, or started a multi-million dollar fundraising campaign? Now, it’s not actually unusual for a foreign government to devote funds and energy to promoting its language within American borders. I’ve noted before that the Italian government helps to pay for AP Italian programs and sponsors the Dante Alighieri Societies and the Italian Schools Abroad program. But those seem chiefly the vestige of the late 19th/early 20th century effort to sustain a rather fragile national identity at a time when one in six Italians lived outside of Italy.

While part of the appeal of the New York program is for 1.1% of the city population that speaks French (including Cajun and patois), the French government’s interest is not merely about maintaining Francophone identity. From the Times article:

The campaign seems to resonate with a certain existential importance for France, which once controlled a vast empire stretching around the globe. The country’s identity is inexorably tied to French, and officials suggested that in promoting the teaching of the language worldwide — including taking a leading and unusual role in a public education initiative outside its borders — they were not only helping to enrich children, but also reinforcing and building the country’s economic, political and cultural ties with other countries.

“It’s urgent because at the crossroads of many priorities are the language and the youth,” said Antonin Baudry, the embassy’s cultural counselor. At stake, he explained, is no less than “the future of the relationship between France and the United States.”

The French foreign ministry’s Francophony office (which claims 500+ expat staff and a budget of over 600 million euros) describes its mission in terms of “vectors of soft power,” and claims that “As an institution, Francophony contributes to democracy, human rights, the promotion of French and of cultural diversity, as well as to the development of shared and sustainable prosperity.”