• When the week started, did I think that I’d writing about the spiritual implications of birdwatching? No. By Thursday afternoon had I written the phrase “orni-theological musing“? Yes. Blogging is weird.

• Jared Burkholder introduced us to the Moravian branch of the Pietist family tree. I’m hoping for a sequel in which he explains the “blue cabinet“…

• That’s one topic that doesn’t show up in the new issue of Pietisten, but I guess there’s only so much room when you’ve got articles on friendship, Lutheranism, science fiction, and the late great Virgil Olson.

• If you don’t work at Bethel or live in the Twin Cities or otherwise had some reason to miss any of our talks introducing chapters in Whole and Holy Persons: A Pietist Approach to Christian Higher Education, you can see video of all seven presentations. Merry Christmas!

• Also not to be missed: Sam Mulberry’s meditation on how the education we provide at a school like Bethel is akin to Jacob wrestling with (and being wounded by) the angel in Genesis 32. 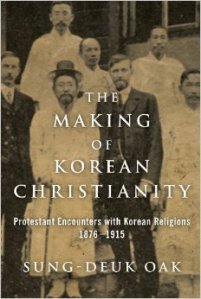 • John Wilson of Books & Culture always provides an intriguing alternative to the mainstream “Best of” lists that I cull to list Christmas gift suggestions for history buffs. His list includes one from mine (Jill Lepore’s Book of Ages), but also (as his Book of the Year) a history of Christianity in Korea.

• Or see the best of 2013 list compiled by the editors of Choice, the mini-review service of the American Library Association.

• I’ve encountered more and more about Protestantism and Catholicism in the history of the Cold War and anti-Communism. What about Mormonism?

• In 1960 1% of the people of Malawi attended a Pentecostal church. By 2000 it was 20%. According to Foreign Policy, that religious shift is hindering the battle against HIV/AIDS in a part of Africa where 10% of the adult population is infected.

• Is the story of the decline of Robert Schuller’s Crystal Cathedral a harbinger of dramatic decline for evangelicalism in America?

• For a more nuanced reflection on the future of evangelicalism (and the meaning and utility of that term), see my Bethel Seminary colleague Kyle Roberts’ most recent contribution to Harold Heie’s Respectful Conversations project.

• Meanwhile, Kyle’s blog at Patheos (Cultivare) hosted a post by a Bethel Seminary student who’s been part of its Work with Purpose initiative: “Work needs new definitions, and as part of these new definitions it needs to be redeemed.”

• I don’t actually listen to Homebrewed Christianity, but I know Nathan Gilmour well enough to trust that he’s representing Bo Sanders fairly in dismantling his claim that “The Church’s future is not to be found in Europe’s past.”

• Not having a cable subscription nor a taste for reality TV, I’m happy to ignore Duck Dynasty altogether. But if you have to pay attention to the Phil Robertson thing, at least opt for some unique voices. Like, say, a couple of openly gay Christian conservatives: Andrew Sullivan and Wesley Hill. Or read Jonathan Merritt and Rod Dreher on Robertson’s comments on race.

• The last word on the Megyn Kelly/white Jesus thing — for this blog at least — goes to Scot McKnight: “In Christ, ethnic identities and races and colors and languages are not obliterated; they are embraced. To embrace Jesus the Jew at the core of our Story, in other words, is to embrace diversity as the way of God in this world.”

• Then right back to Scot for this important warning about publishers overemphasizing “platform.”

• And check out the writing and publishing advice offered by two prolific members of the Anxious Bench collective: Thomas Kidd and Philip Jenkins.

• An argument (in The Atlantic, of all places) that of the three famous English-speaking men who died on Nov. 22, 1963, the most important was actually C.S. Lewis, not JFK or Aldous Huxley.

• When I teach the Holocaust in my Modern Europe class, I always note that certain countries allied with or occupied by Germany were (relatively) safer than others. (I say again, relatively.) Denmark and Bulgaria are the famous outliers, but Philip Jenkins took a shot at explaining why Fascist Italy sometimes makes that list.

• If there is a crisis in the humanities reflected in dropping shares of English, history, philosophy, and other such majors, then (suggests a woman who teaches history at Harvard) it’s primarily because women have become much more likely to opt for the social sciences and pre-professional programs (with men majoring in the humanities at about the same rate as ever).

• Should colleges engage in “holistic” review of applicants and judge each “as a person”? Or is that just a “way for schools to discreetly take various sensitive factors—“overrepresented” minorities, or students whose families might donate a gym—into account”?

• Guess who acknowledged that MOOCs do much worse than traditional universities at teaching “non-cognitive skills” like ethics and teamwork? The founder of one of the main MOOC providers.

• Amen: “…mere quantity of activity – as implied by the get-more-done mania of the productivity cult – has nothing to do with its value.”

• Sam’s “wounded and healing” benediction capped off our one-semester Western Civ course at Bethel, prompting one Facebook commenter to rejoice that we were so intentional about ending the course well. No one ends his courses better than one of my favorite past presidents of the American Historical Association, environmental historian William Cronon:

“…part of our task toward the people of the past when we act as historians and part of our obligation toward the people and other creatures of the world as we live in the present is to remember that they have faces like us, that they are like all other living creatures: they live at the fetter of some material, moral, spiritual universe. That if you’re not willing to grant and engage the lived reality of their beings in the places that are dear to them, you will not understand the world.”