• I’ve never experienced anything remotely like the response generated by my open letter about Christian higher education. Thank you to the thousands who read it, and to the many who commented on the blog, at Facebook and Twitter, and via e-mail. I’ll have a follow-up post on Monday.

• And thanks again to Devin Manzullo-Thomas, new director of the Sider Institute for Anabaptist, Pietist, and Wesleyan Studies for taking the time to answer some questions about his new job, Pietism and the Brethren in Christ, and historians and their publics.

• Last week I mused about the implications of Andy Crouch’s new book on Christians and power for education. American “soft” power was not exactly what I had in mind…

• Would a constitutionally-guaranteed right to education help address some of the chronic disparities in American schooling?

• As usual, my Christianity and Western Culture students liked neither the medieval practice of excommunication nor my attempt to ask them how they thought contemporary churches should live out New Testament admonitions about discipline. So I appreciated this reflection from Stephen Mattson: “…in a post-legalistic society, whenever we interact with any sort of discipline, we’re tempted to immediately misinterpret it as legalism — even if it’s not.”

• Should mainline Protestants drop “mainline”? (So good to see that evangelicals aren’t the only Protestants who obsess over labels.)

• I’m both glad that our church uses the Revised Common Lectionary and have my frustrations with it — which puts me squarely in the target audience for Steve Thorngate’s Christian Century cover story on alternative lectionaries. (One I’ve preached from before: the narrative lectionary, developed by professors down the street at Luther Seminary.)

• If there is a crisis in Christian higher education, it’s not to be found in the Global South, according to the provost of one American evangelical school: “As the economies of the developing world have grown, they have created a nearly insatiable demand for higher education, especially in the Global South…. As Christian universities in the United States cope with the Great Recession, I wonder whether they are destined someday to become a remote backwater of a global Christian-college movement centered in Africa, Asia, and Latin America.”

• Thanks to my former student Michael Bumann for mentioning the New York Times‘ recent interview with Christian scholar Yang Fenggang, one of the participants in a recent conference at the British evangelical school Wycliffe Hall that produced the so-called “Oxford Consensus” on pluralism in China.• Just how charismatic is African Christianity? 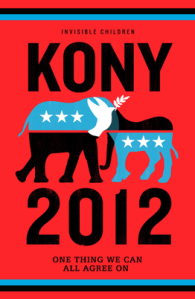 • I’m not sure how much theology Marilynne Robinson and I would agree on, but I loved how she explained her theological liberalism almost as much as I enjoy her novels. My favorite line from her interview with Robert Long (I used in my lecture yesterday on the apocalyptic crises of the Late Middle Ages): “I expect to be very much surprised by the Second Coming. I would never have imagined the Incarnation or the Resurrection. To be astonishing seems to be the mark of God’s great acts—who could have imagined Creation?”

• Eric Miller explored the importance of history (the “interior of the present”) to Abraham Kuyper’s vision of the world.

• Check out the beautifully illustrated private currency printed by German companies during the hyperinflationary years between the world wars.

• Such bills were called Notgeld (not “not gold,” but “emergency money”). Here’s another fun German term from the years around the world wars: Wiedergutmachung. Ta-Nehesi Coates reflected on the 1953 debate within West Germany over making such “reparations” to survivors of the Holocaust.

• Conservative writer Ross Douthat offered a perfect epitaph for the recent government shutdown: “…an irresponsible, dysfunctional and deeply pointless act, carried out by a party that on the evidence of the last few weeks shouldn’t be trusted with the management of a banana stand, let alone the House of Representatives.”

• It might not constitute doing evil, but Google continuing to make Ngram even more addictive isn’t exactly doing good for those of us with a propensity to put off unpleasant labor like grading exams.

• In my post on the liberal arts and American power, I alluded to last year’s Heart of the Matter report on the importance of the humanities by a commission of the American Academy of Arts and Sciences. Gilbert Sewall: not a fan.

• If someone with a net worth of over $2 billion says it, will college students be more likely to believe that they should major in a field like history rather than business?

• Mixed results from a public opinion survey on the quality of online education… but there seem to be precious few critics of using digital media to “flip” education.

• Not surprisingly, a ranking of the “20 Most Affordable Colleges” has some problems — starting with the fact that it includes no “colleges.”

• And no, my employer didn’t make that cut. And I’m not holding my breath for Bethel cracking David Barton’s list of “about a dozen universities out there across America that we know of and deal with that are right biblically….”

• On to a far better list… I can recall having read (as a child, or a parent) about 25% of the New York Public Library’s “100 Great Children’s Books.” Either my memory is getting worse, or I’ve been deprived/am depriving my children of some wonderful literature… Oh, and my children weren’t asked, but they would quite upset that Virginia Lee Burton’s Katy and the Big Snow didn’t make the cut.

• My good friend Sara Shady made her blogging debut with a reflection on balancing parenting and professoring (or whatever you call what we do).

• If “e-reading is a fundamentally different experience than curling up with a dead-tree book,” then it might follow that “We need to embrace digital reading as its own medium, not just a book under glass. That means imagining a new language for reading as an experience, starting with a new word to use instead of book.” Ladies and gentlemen, say farewell to the e-book and hello to the “codeX.”

• Even if you’re not a fan of bluegrass music, you might be as moved as I was by what happened between 11:00-14:00 or so of this clip of ailing guitarist Tony Rice using his induction speech at the International Bluegrass Hall of Fame to offer encouragement to a friend, singer Alison Kraus. Alec Wilkinson provided the full story.