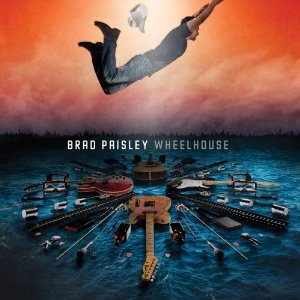 For (to paraphrase Sideshow Cecil) you spent yesterday on Mars, in a cave, with your eyes shut and your fingers in your ears. (And your iPhone off, to update a 16-year old pop culture reference a tad.)

Anyway, the “Accidental Racist” affair doesn’t seem like it would be in my wheelhouse, but for about an hour last night I halfway convinced myself that there was a post to be written. Namely:

I’m in the middle of developing a new course that would serve as an “Intro to History” for first- and second-year undergraduates just starting a major in the field. But while we would talk about history as an academic discipline, I’d also plan to have students contemplate the uses of history beyond academe. For example, I like the idea of assigning students to keep a week-long journal recording instances of history being employed in various media. I mostly had in mind historical analogies in political rhetoric, or real vs. imagined/mythic history in film, TV, and video games, but popular music isn’t without possibilities.

For example, couldn’t a group of budding historians and I have some fun using the following Paisley/LL lyrics to spark discussion of a selection of historical themes?

But it didn’t take long to think of four excellent reasons why this is a post best left for others (or no one) to write:

1. The song is called “Accidental Racist.”

Smart academic bloggers know that no good can possibly come of investing any time in listening to a song so titled. Let alone thinking about it. To say nothing of writing about it. But if you’ve got to make that mistake, you should at least bring some expertise to bear. Alas…

2. I don’t really know much about either Brad Paisley or LL Cool J.

We’ll start here, since some especially aggrieved bloggers and Tweeters unleashed their outrage without any sense of who these artists are or how such a collaboration would fit in the context of their careers.

Here’s what I know about Brad Paisley, in no particular order:

3. I’m not a specialist in any field of history touched on directly by the song

Even if we could change/ignore numbers 1 and 2, you’d probably want to have a scholar with expertise in the history of the United States, the American South, African Americans, slavery, and/or music write a post reflecting on this song. Not someone trained in diplomatic/international history who now researches Pietism and education and took only one U.S. history course in college (on U.S. foreign relations before 1900 — likewise, mentioning my minor graduate field in the history of U.S. foreign policy would be a lame excuse for credential-burnishing here).

4. I’m already guilty of using blogging to put off grading

And finally, read Questlove’s tweet about the song if you want further confirmation that The Roots’ drummer is as funny as his TV boss.