• Games like the one my Minnesota Twins played yesterday are the reason that I might need to rely on the Amish to help me feel good about the national pastime this season.

• A day-late celebration of Martin Luther King, Jr., dead forty-five years as of this past Thursday.

• Dabbling in the history of military chaplains led, unexpectedly, to a reflection on Pietist patriarch A.H. Francke and his relationship with the king of Prussia.

• And in an update to a brief post from earlier in the week… Augustine’s Confessions has defeated C.S. Lewis’ Mere Christianity in the Best Christian Book of All Time tournament! 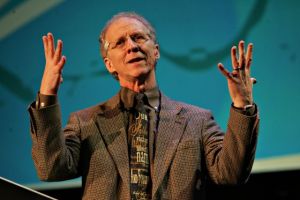 • Tournament coordinator Michael Hickerson explained the significance of Confessions and observed some parallels between Augustine and Lewis.

• Farewell, John Piper. As pastor of Bethlehem Baptist Church of Minneapolis, that is. Even in retirement, he’s not exactly retiring: see his comments about whether he uses Bible commentaries written by women and Rachel Held Evans’ understandably irate response.

• There are now something like 3400 predominantly black congregations in the Southern Baptist Convention (which elected its first African-American president, Fred Luter, last year), an 80% increase over the course of a decade, but only about 0.5% of the SBC’s international missionaries are black.

• A good way to kill five or ten minutes: the Pew Forum’s U.S. Religious Landscape Survey converted into a Flash-driven map that lets you explore the “topography of faith” in America. Quick quiz… Which of these states has the highest percentage of evangelical Protestants: Colorado, Illinois, Michigan, or Oregon? (answer at the end of this post, if you don’t want to use the map to check for yourself)

• Scot McKnight parsed recent comments on same-sex marriage from two evangelical Tims (Dalrymple and Keller) and whether they fit Reformed, Lutheran, or Anabaptist models for Christian engagement with politics.

• I had the chance to observe our department’s newest hire teach an upper-division course last week. While she’s primarily a specialist in Islamic studies, this was a class was on one of her other interests: environmental history. Nancy Unger recently evaluated the state of that field, whose growth in the last two decades has been “like an avalanche—fast, furious, and undeniable.”

• Tracy McKenzie continued his excellent series on what C.S. Lewis has to teach Christian historians: about the difference between “history” and “the past”; and the past as a foreign country (listen up, David Barton).

• Bussy Saint-Georges, France would be interesting simply because it is completing a planned expansion from its roots as a tiny village (500 residents when the expansion began in 1985) into a “new city” of over 25,000 residents. But then there’s the added wrinkle that the city — 30 kilometers from the capital of Europe’s most avowedly secular society — is building “a sort of holy quarter,” complete with mosque, synagogue, Europe’s largest Buddhist temple, and a Roman Catholic church with a 115-foot glass spire.

• Are Americans increasingly preferring France’s revolution (or, at least, its values) to their own?

• Further evidence that, however much I might write about U.S. history here, I’m a European historian at heart: I’m fascinated by the fact that Hungarians reenact the April 1848 battle of Tapiobickse, but (aside from reading and liking Confederates in the Attic) I have little interest in Civil War reenactors. (But I do love baseball history, so enjoy George Kirsch’s explanation of the role that Civil War prisons played in promoting the game.)

• If you were interested in my post last October about the resurgence of “Ottoman nostalgia” in Turkey, read Cinar Kiper’s report comparing the country’s “rebranding” to Japan’s Meiji Restoration of 1868.

• Also in The Atlantic… Jordan Weismann is fast becoming one of my favorite writers on higher education. He’s good at puncturing hysteria about the decline of colleges and universities as we’ve known them (e.g., reporting this week that the unemployment/underemployment crisis for college graduates is overstated), but also harbors no delusions about the challenges facing them (e.g., in this analysis of the “high-tuition, high-aid model“).

• Why neither the Republican Party nor the academy profit from their mutual disdain.

• There are obviously lots of problems facing schools like Luther Seminary (whose budget crisis was noted here on Monday), but Walter Russell Mead thinks the biggest is the professionalization and bureaucratization of the mainline churches: “Neither Jesus nor any of the twelve apostles could get a job in any self-respecting mainline church in America today; none of them had a degree from an accredited seminary…. More and more mainline Protestant ministers can expect to be part time or volunteer. The traditional denominations (each with a network of expensive seminaries and bureaucracies) will have to consolidate. Church bureaucrats will largely need to disappear.”

• If I ever do write a history of Bethel University, finding something to say about the financial crisis of 2013 won’t be any fun. But better that than having to write the chapter about this year in the history of Saint Louis University, which would have to explain not only what produced a faculty motion of no confidence in SLU’s president but why that vote eventually led to the university threatening to sue one of its own professors for copyright infringement.

Quiz answer: Oregon, 30%. Though it also has one of the nation’s highest shares of religious “nones,” the Beaver State is proportionately more evangelical than the home states of Wheaton College and Christianity Today (Illinois, 19%), Focus on the Family and Young Life (Colorado, 23%), and Calvin College and Zondervan (Michigan, 26%).