• What’s the greatest Christian book of all time? Cast your vote today.

• Why Augustine of Hippo might be a useful model for Pope Francis. (But if you’re more interested in the new pope’s namesake, stop by Salem Covenant Church for adult Sunday School next month.)

• The narcissism of “spiritual, but not religious” — and pondering why Jesus spent so much time in the company of the “religious, but not spiritual.” 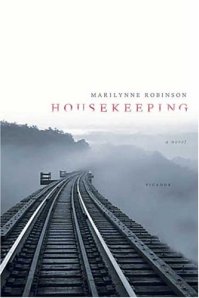 • Marilynne Robinson’s wonderful Gilead lost in the first round of the Christian books bracket to Shusaku Endo’s Silence… Another of her too-rare novels, Housekeeping, was the subject of a too-rare blog post by Dan Taylor (after giving a talk on it at Bethel).

• John Turner responded to Matthew Hedstrom’s contention that (in John’s summary) “Liberal Protestants may have ultimately lost the battle for membership, but they won the larger cultural struggle.”

• Ah, yet more discussion of what evangelicalism is and where it’s headed at the assorted Patheos blogs… Bradley Wright started a new series on that question by comparing affiliation- and identity-based approaches to measuring the evangelical population in the U.S. Timothy Dalrymple asked new Fuller Seminary president Mark Labberton if evangelicalism was fragmenting. And Roger Olson published “Evangelicalism is Dead! Long Live Evangelicalism!”, a talk he gave at George Fox Evangelical Seminary on the history and prospects of the movement. (Here’s part one, and part two.)

• Matt Jenson has vocational advice for Rob Bell: “Bell has an uncanny ability to propose and package provocation–and I say that in all admiration and appreciation. The church needs provocation. A church of reforming sinners should be scared to death of resisting provocation. But, to be frank, Bell simply doesn’t have the chops to land the plane. His questions are often searching and salutary; his answers rarely are…. I’d love to see Bell recognize his sweet spot as a questioner and pull back from the temptation to become an answerer.”

• In my post last week on the significance of Pope Francis (not Pope Francis I, we’re told) as the first Latin American pontiff, I noted that many commentators had seen in his election a desire to push back against evangelical gains in that part of the world. But Latin American evangelical leaders like Gaston Bruno and Luis Palau instead predict that Francis will help build bridges between the two wings of Christianity.

• Then Jerry Park turned attention to Catholicism in another region, comparing Pew and New York Times data to demonstrate it’s difficult to determine just how Catholic Asian nations like China, South Korea, and Vietnam are.

• John Piper clarified some comments on what he would ask the pope if given an audience. Scot McKnight responded to Piper’s focus on justification and imputed righteousness.

• And the phenomenon of a new pope being elected in the age of digital publishing has produced some really bad e-books.

• What’s the current state of the black church in America? Despite surveys showing that African Americans continue to identify as a highly religious group, Eddie Glaude, Jr. concluded that the “idea of this venerable institution as central to black life and as a repository for the social and moral conscience of the nation has all but disappeared.” Joel Gregory responded, “In every way I can measure vitality, the black church is energetic, living, and flourishing.”

• New BioLogos Forum president (and Bethel alum) Deborah Haarsma and her husband Loren used an analogy to weather to help frame the Christian conversation about creation and evolution.

• Perennial vice-presidential possibility Rob Portman made news as the first Republican senator to endorse same-sex marriage, explaining that learning that his son was gay caused him to change his mind. That elicited this interesting criticism from John Stackhouse — not of the position itself, but of how Portman arrived at it: “Use some sympathetic imagination before you make up your mind about an issue. Better yet, don’t just imagine what other people might think and feel about what you’re considering: Find them and ask them. Otherwise, you will look like an intellectual weathervane.”

• Mark Edwards shares my appreciation for John Fea et al., eds. Confessing History. (As a side note: I’ve been to a couple of meetings of the Conference on Faith and History and long read its journal, Fides et Historia. Perhaps I’ve just been spending too much time in the world of Christian scholarship and education, or perhaps I’m simply naïve, but I’m astounded that Edwards has “heard the CFH referred to in private conversation as ‘the intellectual arm of the religious right.'”)

• One of my favorite books to assign is Chinua Achebe’s Things Fall Apart: in part because of its allusion to the W.B. Yeats poem with which I’ve often concluded my World War I class; in larger part because it brings to life the complexity of the African encounter with European empire (and with Christianity — which in the novel in tangled up with empire, yet still a balm for those on marginalized by pre-colonial traditions). In the wake of his death Friday, Philip Gourevitch reflected on why Achebe wanted to be known as an “African novelist,” not merely a novelist. And The Atlantic reran a 2000 interview in which Achebe talked about the relationship between story and power.

• Read David Greenberg on Howard Zinn (well, his review of Martin Duberman’s biography of Zinn), and you might understand why Zinn’s People’s History of the United States finished behind only David Barton’s The Jefferson Lies in the race for title of “least credible history book in print.”

• I haven’t had a chance to listen to it yet, but I’m eager to hear what the guys at The Christian Humanist Podcast have to say about online education.

• I have a feeling they won’t be quite as enthusiastic about it as Charity Carney.