We’ve been taking turns posting our summer reading lists at the department blog, AC 2nd. I’ve already posted my list on this blog as well; now here are a few of the titles listed by my more widely-read colleagues G.W. Carlson (GWC), AnneMarie Kooistra (AMK), and Diana Magnuson (DM), with a sampling of their comments on each: (click on their names to read the full post from each) 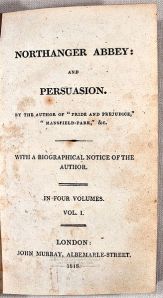 “I almost always start out the summer with Jane Austen. Her work is like a palate cleanser at the end of the school year.” (DM)

“My humanities-loving husband says I simply must read [this]. I’ve downloaded it to my Kindle, but I’ll probably stick with my husband’s completely note-laden, marked-up Musa copy.” (DM)

“This hefty volume is practically weightless in Kindle form. Plus my handy dandy effortless Kindle dictionary makes it easy to look up all the obscure vocabulary.” (DM)

John Lewis, Across That Bridge: Life Lessons and a Vision for Change

“A preeminent church historian who attempts to suggests ways in which the religious communities can play a role in helping America reduce political and religious incivility and search for the common good.” (GWC) 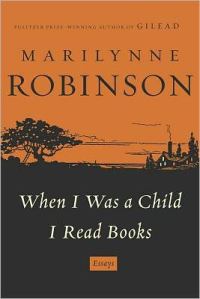 “I’m also on a mission to conquer Moby Dick…. I’ve been reading this incredibly historically significant work off and on for over two years. I now have motivation to finish, as I’m assigning sections of it in my A New Nation course (Fall 2012).” (DM)

Marilynne Robinson, When I Was a Child I Read Books

“…Robinson laments the current state of American democracy, and in other sections, she decries the dumbing down of American culture. Although clearly a fan of Enlightenment thinking, she preaches against such trends from a perspective that sees human beings as imago dei, images of God, who deserve to be treated as such.” (AMK)

Angus Roxburgh, The Strongman: Vladimir Putin and the Struggle for Russia

“BBC Moscow correspondent who writes an intriguing analysis of the politics of Russia. A solid reflective essay on the new ‘authoritarianism’ in Russia.” (GWC)

“Stoker published his tale in 1899, and it reveals not only unease about the monster within, but also about the “new” developments of the day, whether it be technology (medical, scientific, practical), imperialism, or changing norms for gender and sexuality. I was surprised at how creepy this old tale still felt in 2012.” (AMK)

Thomas Sugrue, Sweet Land of Liberty: The Forgotten Struggle for Civil Rights in the North

Thucydides, On Justice, Power, and Human Nature: Selections from The History of the Peloponnesian War, ed. and trans. Paul Woodruff 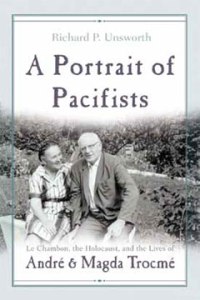 “I’m sure Dr. Cragg [our ancient historian] will approve (after he gets over the shock and disbelief that I haven’t read this work yet).” (DM)

Robert A. Unsworth, A Portrait of Pacifists: Le Chambon, the Holocaust and the Lives of André and Magde Trocmé

“A new biography of some courageous Christian dissenters (‘righteous Gentiles’) who played a significant role in challenging the Holocaust by hiding Jews as they came into the French town of Le Chambon.” (GWC)

“Yellin’s biography of Jacobs won the Frederick Douglass Book Prize, awarded by the Gilder Lehrman Center for the ‘the most outstanding nonfiction book published in English on the subject of slavery and/or abolition and antislavery movements.'” (AMK)