It’s the first full week of June, and that can mean only one thing if you’re a history nerd: time to get working on your summer reading list!

I’ll be posting my own suggestions this week or next, but in the interim, here are some histories, biographies, and historical novels suggested by NPR, the L.A. Times, and the Minneapolis StarTribune: (with current Kindle prices on Amazon)

“This biography of the journalist known to many as ‘the most trusted man in America’ digs deep into his personal life through private papers and interviews with family and friends.” (L.A. Times) 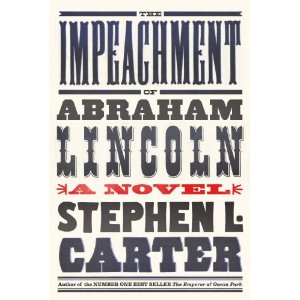 This tale of a nurse and disabled veteran in post-WWII Britain pays homage to writers of that period even as “Cameron’s simultaneously somber and comic voice shines throughout in this quiet but glorious novel.” (NPR)

Carter, a Yale law professor and Christian intellectual who moonlights as a novelist, presents an alternate history in which Abraham Lincoln survives assassination only to be impeached in 1867. “…should appeal to fans of legal suspense, especially those who can’t get enough of the presidential campaign season.” (NPR)

Paul Collins, The Murder of the Century: The Gilded Age Crime That Scandalized a City & Sparked the Tabloid Wars ($11.99)

“The year is 1897 and competing New York City media moguls Joseph Pulitzer and William Randolph Hearst transform a sensational case of murder into a publicity circus…. a roller-coaster ride, a rich evocation of Gilded Age America and a colorful re-creation of the tabloid wars that continue to this day.” (StarTribune)

Anthony Everitt, The Rise of Rome: The Making of the World’s Greatest Empire ($14.99, due August 12)

“This history of a city’s remarkable ascent from an agrarian backwater includes portraits of its key citizens who became history’s leading lights.” (L.A. Times)

A debut novel about a German immigrant couple who come to the U.S. in the early 1900s. As the story continues with their descendants, “members of each generation must confront what it means to be good Americans as they find their way and discover who they are.” (NPR)

Fredrik Logevall, Embers of War: The Fall of an Empire and the Making of America’s Vietnam ($19.99, due August 21)

“…draws on material gleaned from previously untapped sources to trace three decades of political decisions and battles leading up to the Vietnam war beginning with the Versailles Peace Conference in 1919.” (L.A. Times)

On a Mississippi plantation in the 1860s, a midwife named Polly Shine introduces fellow slaves like Granada to something she calls Freedomland: “…not a place; it’s the ability to say ‘yes’ or ‘no,’ and to choose. But to Granada it’s a concept that’s hard to understand, and the choice between what she knows — and perceives as being ‘taken care of’ — and an unknown way of life is daunting.” (NPR)

Amy Reading, The Mark Inside: A Perfect Swindle, A Cunning Revenge, and a Small History of the Big Con ($13.99)

A history of con artistry in America, centering on the story of a Texas rancher seeking to get back at men who swindled him out of his fortune. “Anyone who loved Devil in the White City for its rigorous scholarship and social history disguised as an irresistible page-turner will thrill at The Mark Inside.” (NPR)

“Simon Schama is among our greatest living historians, a scholar who writes English prose the way a Dutch master works with paint. To read Schama is to virtually inhabit the vivid worlds he re-creates on the page.” (StarTribune)

Rachel L. Swarns, American Tapestry: The Story of the Black, White and Multiracial Ancestors of Michelle Obama ($14.99, due June 19)

“An intimate look at the first lady’s colorful family tree going back five generations, traversing through the revolutionary and civil wars, the great migration and on to the White House.” (L.A. Times)

“So where did rap come from? Wald suggests that its roots came from an outrageously inventive game played in urban neighborhoods called ‘The Dozens.'” (L.A. Times)

Dorothy Wickenden, Nothing Daunted: The Unexpected Education of Two Society Girls in the West ($9.99)

Wickenden tells the story of her grandmother, Dorothy Woodruff, and fellow socialite Rosamund Underwood, who left New York in 1916 to teach school in the Elkhead Mountains of Colorado. “…an exhilarating saga about two intrepid women who helped ‘win’ the West.” (Star Tribune)

“A little known small-scale turf war that erupted between immigrant Chinese gangs and mobs of white Angelenos reveals the workings of the early Chinese-American community in Los Angeles.” (L.A. Times)