As you might have noticed yesterday, I enjoy fusing my interests in history and travel. Besides writing about Moravian Bethlehem, I’ve used this blog to share images and thoughts from trips to the Blue Ridge Mountains, the former Western Front, and a few of the many historic sites I’ve taken our kids over the years. (And to … END_OF_DOCUMENT_TOKEN_TO_BE_REPLACED

If there are better histories of World War II being written than the books in Rick Atkinson’s Liberation Trilogy, I haven’t read them. A former reporter and editor for the Washington Post, Atkinson conceived the massive project of writing the history of how the British and Americans fought their way back to Europe. Having read the Pulitzer-winning first book … END_OF_DOCUMENT_TOKEN_TO_BE_REPLACED

Here • My colleague Christian Collins Winn shared his year-opening chapel talk at Bethel, in which he suggested how Pietism might provide a model for civil discourse. (And be sure to check out Brian Gumm’s response to that post at his blog, Restorative Theology. It was certainly gratifying to read that he thinks Christian and … END_OF_DOCUMENT_TOKEN_TO_BE_REPLACED

Okay, one more Olympic post… Last fall I spent a couple of weeks attempting (with a big assist from my HIS354 Modern Europe students, and with tongue mostly in cheek) to determine the “best national anthem” — pointing out at least once or twice along the way that there’s really no objective way to determine … END_OF_DOCUMENT_TOKEN_TO_BE_REPLACED 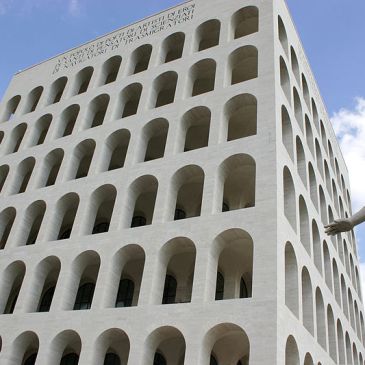 With the Summer Olympics about to start, there’s been some attention paid to the last Olympiad hosted by London: the 1948 summer games, which took place in a country still subject to rationing and other austerity measures, experiencing the beginning of the end of history’s greatest empire, and nervously watching Cold War tensions heat up … END_OF_DOCUMENT_TOKEN_TO_BE_REPLACED

In 1911, the country of Italy celebrated its 50th birthday as a unified nation-state. The Italian government marked the occasion with a special census that revealed, among other things, that one out of every six Italians lived outside of Italy. Between 1880 and 1914, thirteen million Italians emigrated to the United States, Argentina, Brazil, Canada, … END_OF_DOCUMENT_TOKEN_TO_BE_REPLACED