This week I started a small business and compared my Charles Lindbergh biography to a sitcom. Meanwhile, here’s what some other people were writing:

• I was happy to take a week off from Anxious Bench in order to let Elesha Coffman wonder if historians make too much of empathy and too little of disgust and lament. (See also the rebuttal from John Fea.)

• Christianity Today published a new survey digging into the reasons why evangelicals — and not just white evangelicals — did or didn’t vote for Donald Trump. (Or didn’t vote at all.) But Daniel José Camacho pointed out that the survey “asks no questions related to racism or xenophobia. It purports to elucidate the motivations of the 81 percent but doesn’t even bother to separate its evangelical respondents by race.”

• Elizabeth Bruenig is always thought-provoking, as in this column on the meaning of civility and political correctness.

• In American politics religious liberty is often associated with the right, but this activist says “that his faith compels him to offer assistance to people in dire need, including immigrants.”

• Does the left need to seek “the creation — or resurrection — of a national myth that stands counter to Make American Great Again”?

• One progressive Christian theologian warned against letting politics (of any stripe) become a substitute for religion. 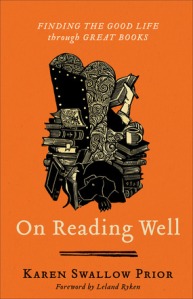 • One of my favorite conservative Christian intellectuals is Karen Swallow Prior, who celebrated the spiritual benefits of “reading promiscuously” — benefits she learned from an unlikely source.

• Alex Carp’s review of Jill Lepore’s new single-volume history of America is actually an extended reflection on the nature of truth, evidence, narrative, writing, and the discipline of history.

• While this week’s bankruptcy likely means the end of Sears, few companies have been more important for so long. On top of everything mentioned in this Atlantic eulogy, don’t overlook its significance for African Americans in the post-Reconstruction South.

• A Navajo geneticist explained that “Whether or not [Sen. Elizabeth] Warren has genetic ties to indigenous peoples, she is not Native American, and her public gambit could dangerously obscure that distinction.”

• It’s not just America where public commemoration can become a political battleground.

• I’m decently knowledgeable about Europe and its history, but I had no idea that many Bosnian Jews descend from people expelled from Spain in 1492 — nor that they continue to use a form of medieval Spanish.

• No better time to read about the revival of Christianity in Russia than the week that the Russian Orthodox Church moved to severe ties with the Orthodox mother church.

• Did a faulty translation of Romans lead Augustine to a misunderstanding of sin?