• I found some more evidence of the Pietist impact on American religious history.

• Indexing the Bible verses cited in our new book made me wonder again about the place of the Old Testament in Christian theology.

• One particular Hebrew scripture has been especially formative for Christians living in exile, from 16th century Protestants to 19th century slaves to 21st century immigrants.

• At The Anxious Bench, I celebrated the 4th of July by asking if patriotism had any place in Christian worship (and if you think I was too harsh, you haven’t read Rod Dreher), and David Swartz reminded us that one of the greatest preachers in English-speaking Christianity opposed the American Revolution.

• As always, Independence Day produced lots of Christian reflection on our dual identity as alien citizens — e.g., this piece by historian Scott Culpepper.

• Is U2 the soundtrack of “Christian globalism”?

• If, like me, you’re not a big fan of America’s national anthem, you have another reason to dislike World War I.

• Why is it that “most Americans have not been taught to see and embrace African American history as part of their history as Americans”?

• Happy 10th Birthday to one of the most influential academic blogs out there: Religion in American History. 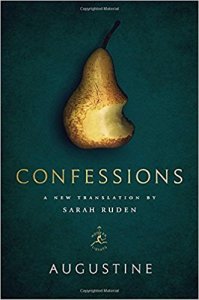 • Elizabeth Bruenig enjoys Augustine as much as any public intellectual… but she didn’t especially enjoy the newest translation of the Confessions.

• A model of thoughtful criticism: Thomas Long’s review of a posthumous collection of essays, lectures, and sermons by Marcus Borg.

• My local newspaper took note of Lutheran struggles to remain relevant in the 21st century. (Mark Kellner of GetReligion was underwhelmed.)

• I still miss the feel of Books & Culture, but John Wilson’s new online venture, Education & Culture, is proving to be a fine sequel: cf. my Anxious Bench colleague Philip Jenkins writing on organized crime, government corruption, and religiosity in Nigeria.

• Alikay Wood’s piece on Title IX and sexism at Christian colleges was impressionistic, but well worth reading.

• I’m glad U.S. News is trying to incorporate undergraduate teaching into its college rankings… but why rely entirely on reputational rankings by administrators who spend even less time in peer institutions’ classrooms than in their own?

• Finally, digital humanities explained why most of us love Jane Austen.