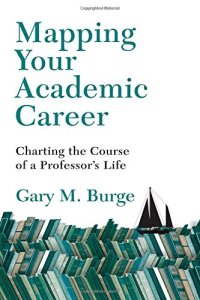 Early in professors’ careers, writes Wheaton College biblical scholar Gary Burge, they “must learn the culture in which they work and decide how they are going to fit into the corporate life of the community?” Not only do they need to hone their skills as teachers, continue the research that will earn them tenure, and form important relationships, young scholars must decide whether “they heartily embrace that culture (and bond to it)” or “feel strong dissonance (and later experience cynicism).”

Burge tells a story from early in his own career, when he started at a new college and sought out “a peer group that would decode my new world and give me a cohort to identify with.” He ended up joining a dozen colleagues who would meet for coffee

while everyone else was at chapel. The timing alone was ironic. I attended weekly for about two or three months and soon began to feel some unease about the entire gathering. These were faculty with five to fifteen years experience, and they were deeply cynical about most matters that came up for discussion: the president, the provost, most deans, the trustees, faculty load, religious identity, creedal commitments—did I mention the president?

Burge knows that forming friendships with peers is crucial to the experience of his Cohort 1, in which professors experience the insecurity of not yet having tenure and have to cope with the inevitable failure that comes with learning their trade. But he warns that such social dynamics can foster “an ambiguous sense of commitment to the mission of the college. Enthusiasm for your school is subtly diluted into something cautious, something jaded, perhaps something suspicious.”

The relationship to the institution remains an important aspect of professorial development in Cohort 2. First, those professors have gained tenure, which helps to secure one’s identity but is not really about

job security. It is about endorsement. It is akin to a long-term arrangement in which you and your college have shared a bond and have agreed to work toward the same goals. You will support and defend the best interests of the college; the college will support and defend your voice as an independent teacher and researcher. We often forget that the tenure arrangement is a covenant that is mutually beneficial and obligates us as well as it sets us free.

At its best, this cohort is also the stage in a career when professors “feel genuinely empowered,” receiving significant “investment and regard… from the college’s leadership.”

And yet… this is also the stage when we’re perhaps most at risk of feeling disillusioned about the institution and our relationship to it. Having been given more responsibility, these professors come to “know where the proverbial skeletons are buried”; they see firsthand the ways in which leadership is tempted to compromise the mission and values of the institution.

Whatever the disillusioning experiences are, they’re bound to happen. So the question for Burge is, “When we’ve had a lot of these experiences, what do we do with them? The risk here is that some of us begin to pull back, not selfishly as the careerist might, but defensively because some idealism (didn’t we all begin as idealists?) within us has been shattered.” The result is what Burge calls “institutional dissonance,” and he suspects that it’s very common.

So what’s Burge’s solution to this problem? I’ll come back to that at the end of the post. But first let me share a bit more of my experience of these two stages.

Though I should admit that I’m probably an unusual case. Unlike some peers in graduate school, I never had any desire to jump from institution to institution, climbing some perceived ladder of prestige and/or salary. I wanted to take a job and stay in it throughout my career — perhaps moving only if something opened up in my home state of Minnesota. And even that became unnecessary when I was hired by Bethel University, located just north of St. Paul.

Already a joiner by nature, I ended up being mentored by a Bethel alum who taught at his alma mater for over forty years. Bethel’s leaders went out of their way to invest in me, and I found my closest friends on its faculty. Having already started to grow disenchanted with my graduate research, I found new interests through my teaching and institutional service, including the history of Bethel itself. Within the larger world of Christian higher education, I found Bethel to be a unique institution, shaped by a variant of the same distinctive religious tradition that inspired my church.

Now, I don’t want to make myself sound more naive than I was as a young professor. I take Burge’s point about the dangers of finding a snarky in-group that plants seeds for later disillusionment and dissonance. But it was also important for me to find friends with whom I could share frustrations (with students, with colleagues, with our leaders, with our own shortcomings) and think through sources of tension and confusion in our life together as a Christian learning community.

But it would be hard to overstate the strength of my commitment to Bethel as I finished Cohort 1 and entered Cohort 2. Not only when I applied for tenure, but when I came up for full professor a few years later, I remember seeing those applications as moments in which I had to decide whether to commit still more deeply to an institution I’d come to value highly.

In the process, I was entrusted with more responsibility and given more access to institutional decision-making, advising on hires of three vice-presidents and serving on two strategic planning groups. The experience was much as Burge described it to be: while, in certain respects, I got to see our leaders at their best, I’d also been given an inside look at the flaws of the institution.

I’m not sure I’m really disillusioned with my institution, but certain illusions have certainly been stripped away. So where do I go from here?

Burge suggests that we needn’t choose between blind idealism and toxic cynicism. Instead,

We need to have the courage to find some mediating position between idealism and disillusionment, to accept some degree of imperfection in our college, our leaders, perhaps ourselves as well—and still retain that vision.

I know that I’m going to need to work out for myself how to do this, as I settle more firmly into Cohort 2. But I think Burge is basically right. There’s a real danger in professors confusing cynicism for “some sort of prophetic virtue” — all the more so at Christian colleges. Instead, I’d see the faculty — generally the longest-serving employees of such institutions — as the guardians of the institution’s mission and values: living them out in relationship with the students who are our most important constituency (not alumni, not donors) and best-positioned to constructively criticize decisions that lead us away from our core.

Which is why I think tenure is so important. I’d agree entirely with Burge here: it is not about job security, but a relationship of mutual commitment and obligation. Professors should indeed “support and defend the best interests of the college”… but one way they do that is by critiquing the college, by calling it back to its self — or by pushing it to change to a better version of its self. So leaders must absolutely “support and defend your voice as an independent teacher and researcher.” That’s more, not less true, of a Christian institution of higher learning like Bethel…

…or Wheaton, where Burge teaches. Which may be one reason that he was one of the more publicly outspoken members of its faculty last December and January, when that school’s provost sought to dismiss a younger professor named Larycia Hawkins for saying that Christians and Muslims worshipped the same God. “Evangelicals need to sort out what is theologically essential from what is theologically peripheral,” Burge told Time reporter (and Wheaton alum) Elisabeth Dias.

Christian colleges like Wheaton write statements of faith to protect what is essential but they also need to discern where faculty are free to express private views. This is the very essence of academic freedom. Dr. Hawkins’ theological commitments place her squarely within the bounds of what is theologically essential at Wheaton College—and she should be free to express her other views where they do not violate those essentials.

Indeed, I believe it’s incumbent on professors — at least, the tenured ones — at Christian colleges to use that freedom in ways that might raise the hackles of trustees, alumni, donors, and sponsoring churches. (And on administrators to protect that freedom.) As Bethel’s longest-serving president said, over fifty years ago, the very nature of the Christian college is that it “raises disturbing questions, engages in rigid self evaluation, expresses dissatisfaction with the status quo [and the college itself, I’d add, is part of that status quo] and seeks less popular but more consistently Christian solutions to the problems that vex mankind.”