• I realized that my sabbatical had temporarily relocated me to a bastion of Donald Trump support.

(At least during my sabbatical, I’m planning to move my week-in-review posts from Saturday morning to Sunday afternoon.)

• Our friend Jared Burkholder was back with an open letter to David Barton about primary sources. I’ll have my own Barton post in a day or two…

• I shared a preview of some historical reflections I wrote for my denomination’s new “community Bible experience” initiative.

• And Star Trek‘s 50th birthday got me thinking about how religion was depicted (and omitted) from that universe.

• Two other religious responses to #StarTrek50… Guthrie Graves-Fitzsimmons heard echoes of Methodism in Trek’s vision of humanity’s future: “What Wesley did do was set our hearts toward the intention of perfection and progress, just as Roddenberry did toward future centuries.” And contributors to Christ & Pop Culture shared their favorite moments from the Trek series and films.

• My own church isn’t as liturgical as Alan Jacobs’ Anglican parish, but much of his experience of low-church evangelical worship resonates with mine: “I especially felt I was too emotionally incompetent to be an evangelical. I mean, the pastor would tell me how happy I ought to be that Jesus had saved me from my sins, so I tried to be super-happy, but I could never quite get where he thought I needed to be.”

• Conservative activist Phyllis Schlafly passed away at age 92. Among the various tributes, I was most interested to see a fair number of people of the left acknowledging Schlafly’s political abilities, much though they disagreed with her objectives.

Even if you hated Phyllis Schlafly's politics, you should still look to her life for an impressive model of effective political activism. /1

(If you want to see the problems with Twitter as a medium for discussion and/or with progressives and feminists as groups able to cope with historical nuance, read some of the mentions of Kevin Kruse following that tweet…)

• If you wondered what Hillary Clinton’s Methodist faith meant to her political views, you couldn’t ask for a more detailed account than what she told delegates to the National Baptist Convention, USA’s annual meeting.

• Not sure this is news, but worth knowing: white men continue to lead the vast majority of evangelical parachurch organizations.

• Another sign of evangelical-Republican fissure? While some Republican governors have sought to keep Syrian refugees out of their states, many conservative evangelicals are actually going out of their way to welcome and assist them. (Don’t believe the New York Times? Try The Atlantic.) 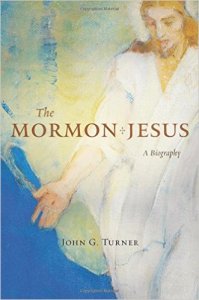 • Gerald McDermott gave The Mormon Jesus, by my Anxious Bench colleague John Turner, a four-star review — though he was unpersuaded by John’s conclusion that Mormons worship an “utterly Christian” Jesus.

• During my break from blogging, a letter from a University of Chicago dean renewed the debate about “trigger warnings” and “safe spaces” on college campuses. Tracy McKenzie wondered whether any institution of higher learning actually exalts academic freedom as its highest good, or whether “safe space” is a helpful metaphor.

• As she continues her battle with cancer, historian Kate Bowler’s blogging continues to be must-reading: “Plans are made. Plans come apart. New delights or tragedies pop up in their place. And nothing human or divine will map out this life, this life that has been more painful than I could have imagined. More beautiful than I could have imagined.”

One thought on “That Was The Week That Was”