Earlier this month I posted a response to the president of Oklahoma Wesleyan University. Today we move north a couple states to hear from someone affiliated with Nebraska Wesleyan University: guest-blogger Aaron Morrison reflects on the broad spectrum of Methodist and Wesleyan higher education.

As an undergraduate student visiting with friends and family over semester breaks, I would occasionally be asked what school I attended. After answering, I sometimes received a follow-up question: “Oh, you go to Indiana Wesleyan. Is that like Illinois Wesleyan or Ohio Wesleyan?” Beyond sharing a common name, Indiana Wesleyan University (Wesleyan) could not seem more different in terms of religiosity from the other two institutions (United Methodist). 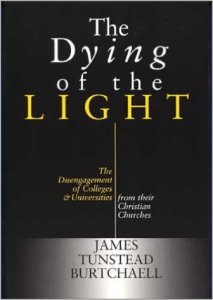 How did this happen? How did colleges and universities with such a centralized common theological ancestor (John Wesley) become near opposites in the expression of Christianity on campus? In The Pietist Vision of Christian Higher Education philosopher Raymond VanArragon noted that “Pietism’s emphasis on experience and action led to an intellectually vicious and damaging lack of concern about Christian truth” (p.171). In a book review, historian William Ringenberg agreed with VanArragon, adding that “no major tradition in American higher education illustrates the vulnerability of Pietism to this danger more than does Methodism, the church of the ‘warm heart,’” which developed “first rate institutions,” yet “separated themselves… intellectually from the laity of their churches.”

Ringenberg’s words affirm other Christian scholars’ remarks about the secularization of the academy since the publication of The Soul of the American University over twenty years ago. While questions remain as to the extent of secularization’s complex reach, scholars today can find some excellent historical examinations of secularization in the academy (notably Burtchaell’s The Dying of the Light). They can also read some well-done social science research examining religious expression on campus (notably Porterfield, DeBerg, and Cherry’s Religion on Campus). From these studies, we know religion still holds strong influence on the collegiate experience, despite the onset of secularization.

Robert Benne, in Quality with Soul, went beyond researching religion’s mere survival on campus and examined how an institution might be academically rigorous and yet remain “faithful” to its sponsoring theological tradition. Benne’s introduction of institutional “faithfulness” into the discussion of religion in higher education creates an opportunity for more social science research in identifying a college or university as such. Across institutions which currently identify as “church-affiliated,” denominations such as those within the larger Methodist tradition have methods of assessing whether a college or university can continue its identification of being “United Methodist,” “Wesleyan,” or “Free Methodist.” While being church-affiliated does not necessarily equate to faithful, as Benne might argue, underlining the differences in how these denominations assess church-affiliation may reveal clues for designing better methods of assessing faithfulness. 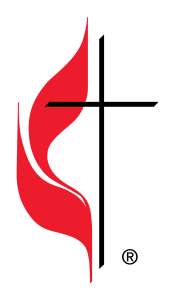 Before examining the differences in assessing church-affiliation, a brief overview these denominations may be helpful. The United Methodist Church (UMC) formed in 1968 as the union of the Evangelical United Brethren Church and The Methodist Church. In addition, the union brought together their colleges and universities. Today, 119 institutions across the United States identify as members of the National Association of Schools & Colleges of the United Methodist Church. The University Senate is the governing body for assessing church-affiliation status. Notably, the Council for Christian Colleges & Universities does not list any United Methodist institutions on either its membership or affiliate lists.

By contrast, the CCCU has eleven members affiliated with The Wesleyan Church and the Free Methodist Church, both of which developed out of the Wesleyan-Holiness movement in the mid to late 19th century. Along with other denominations such as the Church of the Nazarene, these groups developed as a reform movement to address concerns raised about the Methodist Episcopal Church. The issues of slavery, women’s rights, the work of the Holy Spirit, and the desire for less central governance all factored into a separation. Presently, five colleges and universities identify with the Wesleyan Church and six identify with the Free Methodist Church. For the Wesleyans and the Free Methodists, the General Board (Wesleyan) and the North America Board of Administration (Free Methodist) are the bodies which assess church-affiliation status.

Key Differences and Similarities in Criteria

The UMC, Free Methodist Church, and the Wesleyan Church all have specific criteria for assessing whether their colleges and universities can identify with their denomination. I examined each of these criteria and noted the following similarities and differences between them.

Articulation of Relationship to Denomination

UMC schools must “[identify themselves] as [a United Methodist-affiliated school] in printed materials, official listings, and other statements of self-description.” Free Methodist and Wesleyan institutions have similar criteria, but they also require more detailed articulation of how they identify. For instance, Free Methodist schools must “define the relationship of the institution to” the denomination in their governing documents as well as a mission statement stating a specific “institutional priority to serve as an educational resource for the advancement of Christianity through the church.”

Who teaches and leads the institution marks another strong difference in criteria for denominational identity. The Wesleyan Church and Free Methodist Church both require a certain portion of their institutions to be populated by confessing members of their denomination. This includes the school president, chief academic officer, most of the trustee members, and the majority of the religion department. Among the faculty in general, a certain percentage must be confessing denominational members or otherwise agree to be supportive of the denominations theological tradition. Staff beyond the cabinet-level must agree to be supportive as well, but they don’t necessarily have to be confessing members. By stark contrast, the UMC makes hardly any of these personnel requirements. Instead, only the provision for the academic and non-academic exploration of religion among the community is required of personnel.

Methodism, as a theological tradition, has a wide doctrinal range across the associated denominations. While emphasis on piety and sanctification maintains common influence, the interpretation of these concepts differs greatly in the policies of colleges and universities attached to a Methodist denomination. Within Free Methodist and Wesleyan Church institutions, denominational doctrine must be reflected in a statement of faith which personnel agree to uphold, classes which teach the doctrine must exist, and a code of conduct reflective of doctrine must be agreed to by most if not all of the community. By contrast, UMC institutions do not require anyone connected to the school to adhere to UMC doctrine. Rather, classes which teach religion and specifically “appropriate scholarly theological teaching in the Christian tradition” must occur. Also, faculty and staff must “encourage” the exploration of the place of religion within “larger society” and “advocate” for “appropriate recognition of the contributions of religion to public life.”

All North American colleges and universities within the Methodist tradition offer some version of a chapel service for the community. The UMC requires their institutions to “respect” and “honor” religious practice, and “specifically… worship and service for students and faculty who choose to participate in the Christian tradition within the total life of the school.” The Free Methodist Church and Wesleyan Church demand not just the provision of chapel exercises, but also for confessing members the opportunity to preach specific denominational doctrine. (ed. – Aaron’s first guest-post at Pietist Schoolman explored the continuing role of chapel in religious higher ed in more detail)

Reflection of Assessment in Quality with Soul 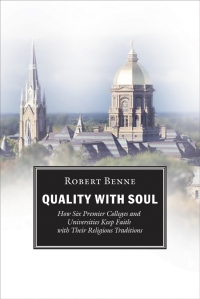 These methods of assessing church-affiliation line up with at least some of the measures of “faithfulness” Robert Benne created in his book Quality with Soul. Benne’s six faithful colleges and universities maintained the following attributes (along with others):

Why Differences between Methodist Schools Matters

For discussions on the future of Christian higher education in a pluralistic world, improving the assessment of what actually makes a “Christian” college or university will be crucial for its survival and vitality. Some time ago, the gap between UMC schools and Free Methodist or Wesleyan schools was much smaller in the expression of religion on campus. These differences became more distinct slowly over time as shifts in leadership and understanding of mission occurred. Somewhere the definitions of being Methodist changed or became more or less important to these colleges and universities. The meaning of words matters. Many Christians fail to bring Christian doctrine out of the abstract stratosphere and make it incarnated into daily practice at the service of human flourishing. This is the challenge before future scholars of Christian higher education—to help make the phrase tangible, meaningful, and compelling to a new generation seeking the place of religion in society.