Our last Saturday links post for a while, as I’ll be leaving for a three-week trip in Europe on Monday…

Aside from a review of 2014, it was all Pietism all the time, as we got closer and closer to the official publication date for our book from IVP Academic:

Excited to receive this by @cgehrz in the mail today from @ivpacademic I'm looking forward to digging in pic.twitter.com/LIQzfHc7iz

I shared an intellectual history of the book, why I hoped that its tone matched its content, and what makes conversion and community central to our vision.

• Other “best/most popular of 2014” lists came from John Fea, The Anxious Bench, Then & Now, Christianity Today, and our department blog.

(See also Then & Now‘s collection of historic prayers for the New Year. I especially like Paul Putz’s suggestion, as we come to the second year of the WWI centenary.)

• Then some advice from a Michigan pastor on how to review your own 2014: release, revisit, renew.

• Or do like John Hawthorne and skip ahead to a review of “Religion in 2015.”

• Another good word for the end of one year and the beginning of a new one came from historian Tracy McKenzie: “What does it mean to live ‘in time’ as a Christian? I think it begins by daily reminding ourselves of one of the undeniable truths of Scripture: our lives are short.” 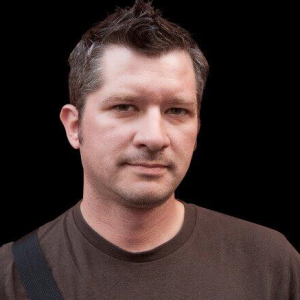 • Two posts from Benjamin Corey generated lots of interest among my Facebook followers: five problems with progressive Christianity, and then five from evangelicalism.

• Conservative evangelical writer Eric Metaxas’ viral editorial claiming that “Science Increasingly Makes the Case for God” received a rebuttal from conservative Catholic philosopher Francis Beckwith: “Given the arguments Metaxas summarizes in his essay, it is tempting for the theist to confidently tout such evidence…. But you should not acquiesce to this temptation. For in doing so, you concede to the atheist his mistaken assumption that the rationality of belief in God depends on the absence of a scientific account of whatever phenomenon is in question.”

• John Stackhouse warned Christians not to pick and choose their history: “History has happened to us all, and we have made it happen. We need to own all the centuries, not just our favourites…. For we are neither better nor worse than our forebears. And we can be encouraged by the same basic, and glorious, reality: ‘We have this treasure in clay jars, so that it may be made clear that this extraordinary power belongs to God and does not come from us’ (2 Corinthians 4:7).”

• How would you describe the Gospel if you had fewer than 55 words?

• The Atlantic‘s report on “The balance of mission, identity, and modern times—and whether that balance negates the central principles of Jesuit and Catholic education” had a few holes, according to Get Religion.

• Are Americans too obsessed with pushing their kids into STEM fields?

• Author Richard Rubin (The Last of the Doughboys) explored the lingering impact of World War I on a part of France we won’t have time to visit this month during our trip.

• It was a tough week for those who like old school liberalism, as Bill Moyers retired from public TV and Mario Cuomo passed on at age 82. Here’s the latter offering his assessment of our shared favorite sport:

It is a community activity. You need all nine people helping one another. I love bunt plays. I love the idea of the bunt. I love the idea of the sacrifice. Even the word is good. Giving yourself up for the good of the whole. That’s Jeremiah. That’s thousands of years of wisdom. You find your own good in the good of the whole. You find your own individual fulfillment in the success of the community — the Bible tried to do that and didn’t teach you. Baseball did.

• Even if you’re not interested in The New Republic or all that sad to see it fall apart, read historian and former TNR contributing editor David Bell’s analysis of what its demise means for how we read: “In this new digital universe where words have broken free of their traditional covers — and reading so easily turns into skimming — arguments flow faster and fiercer than ever, but they are atomized, and hyper-accelerated.”

• And after you’re done with Bell on reading in a digital age, read Alan Jacobs on writing in it: “…eventually I came to understand that I wanted my followers, however many there happened to be, to notice what I was saying and to acknowledge my wit or wisdom in the currency of RTs and faves. And over time I believe that desire shaped what I said, what I thought – what I noticed. I think it dulled my brain. I think it distracted me from the pursuit of more difficult, challenging ideas that don’t readily fit into the molds of social media.”

• He needs all the attention he can get, so I’ll give the last word to Bono:

At this time of year some people are reminded of the poetic as well as the historic truth that is the birth of Jesus. The Christmas story has a crazy good plot with an even crazier premise – the idea goes, if there is a force of love and logic behind the universe, then how amazing would it be if that incomprehensible power chose to express itself as a child born in shit and straw poverty.

Who could conceive of such a story? If you believe it was the protagonist, as I do, then we should try to be really respectful of people who think the whole thing is a bit nutty or worse… Religious people are the best and worst of us…handle us with scepticism…

…Christmas is not a time for me to overthink about this child, so vulnerable, who would grow so strong… to teach us all how vulnerability is the route to strength and, by example, show us how to love and serve.

To me this is not a fairy tale but a challenge. I preach what I need to hear…