A pretty heavy blogging week here at The Pietist Schoolman, partly because it was my first real week off for the summer and partly because I know my writing output will drop next week while my family travels to Virginia for a vacation.

• My summer reading list is heavy on World War I, spiritual memoirs, and historical fiction. Started two of the books this week: one will be slow going; the other is hard to put down…

• Do we have a “followership” problem in this country? David Brooks thinks so, but two 16th century reformers make we think that we should focus more on service to others than obedience to authority — and the latter would be easier to expect if the authorities were more just.

• How a 1969 report by a college president and a 1972 concert with Johnny Cash indicate that evangelicalism changed drastically, and relatively quickly, in its views of youth culture.

• The Euro 2012 soccer championships inspired a jaunt through the history of Russian/Soviet teams clashing with teams from eastern European neighbors/satellites, as well as (less plausibly) a proposal to revamp the college football postseason in this country.

• Surprisingly broad coalitions of evangelical leaders came together over two issues this week: immigration reform (on which they found much common ground with Pres. Obama) and religious exemptions to the birth control mandate (on which they didn’t).

• A recent debate among Southern Baptists over Calvinism prompted Matthew Schmitz to celebrate the civility of the discussion and Roger Olson (one of those praised by Schmitz) to consider the meaning of “heresy.”

• I’m a big fan of the group blog (The Anxious Bench) that Jenkins contributes to at Patheos — which also hosts Emerging into Orthodoxy,a fascinating blog by a former Presbyterian seminarian who converted to Eastern Orthodoxy earlier this month.

• I found this op-ed piece by a Mormon theatre professor (“I’m a Mormon, Not a Christian”) supremely strange in its description of Christianity. Apparently, Philip Jenkins agrees. (Though we have very different views of the New York Times in general.)

• Speaking of the Latter-day Saints… In my corner of the academy, it’s long been debated how explicit Christian historians should be about their faith commitments in their academic writing. Jana Riess takes up that same question as it’s been posed with regard to two recent histories of Mormonism. 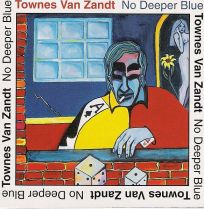 • Why daily newspapers can’t fulfill their missions as web-only entities.

• If you’re following my series of album reflections, you might also enjoy the new “Firsts” series on the God’s Politics blog, which has their bloggers encountering great works in music and other arts for the first time. It started this past week with a reflection on a classic album by the Texas songwriter Townes Van Zandt, who — like the Velvet Underground — seemed to inspire all of the few people who bought his records to become a songwriters themselves (and, in at least one case, to name a child after him, a child who would himself become a pretty gifted songwriter).

• By praising both the 1939-1946 pairing of Basil Rathbone and Nigel Bruce and the current duo of Benedict Cumberbatch and Martin Freeman, Michael Sragow has immediately become my favorite person writing on the subject of Sherlock Holmes and Dr. Watson on film and TV.